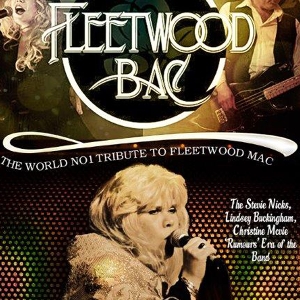 This event is for 14 and over - No refunds will be issued for under 14s.

FLEETWOOD BAC are the world's first and best Fleetwood Mac Tribute Band, endorsed by Mick Fleetwood himself, the only Mac tribute to authentically replicate the classic 'Rumours' line-up.

The Fleetwood Bac show is a celebration of the album?Rumours', still the 5th biggest-selling album of all time.

They will be performing the band in it's entirety. An absolute rarity and a not to be missed show at the intimate surroundings of the fabulous Lincoln Engine Shed.

What people have said about Fleetwood Bac:
'Keep up the good work! Much luck.' Mick Fleetwood
'Loved the show, really enjoyed playing with you.' Bob Brunning, original Fleetwood Mac bass player, and author of ?Fleetwood Mac: Rumours And Lies'
'Stevie looks fabulous... Lindsey's act is well sussed... Mick is entertaining to watch throughout... Christine is unbelievably accurate... first-rate.' Martin Celmins, Peter Green's official biographer
'Musical archaeologists reconstruct their favourite rock mammoth with painstaking accuracy.' The Times
'Spot on. A thoroughly professional and entertaining evening. Fans of the real thing will certainly not be disappointed.' The Stage